“Research suggests that depression begins in the onset of early adolescence for kids with ASD and is prompted by the stressors of increasing social demands.” This was part of the discussion board prompt from the grad class that I am currently taking. This prompt had us focus on an example of skills children need in middle childhood or adolescence, identify the social demand and provide a real-life scenario for where the skill(s) that must be utilized. Next, we were to connect a social skills deficit that is common to a child with ASD for typical social challenge and demonstrate the additional challenges a child with ASD might face or encounter in a social situation, and what skills they might need remediated to be successful managing that challenge.

I am a teacher and am finishing up my second to last class for my Autism Certificate, which is part of my Master’s degree, and this topic was too close to home for me.

I have not been able to keep emotion out of any of my assignments required for this certificate, but this topic is something that is a particular issue in my house. I knew it was going to be very triggering for me to complete this assignment, but I felt that what I had to say was important. I felt the story needed to be told, so here is the story in alignment with the discussion prompt.  My children gave me permission to talk about their diagnoses in this format.

The depression that I experience is environmentally caused. This means that my depression is not clinical.  It is not caused by mental illness or brain chemistry or genetics or anything else that takes place within me.  My depression is caused by events that happen in my daily life.  As I got older, the expectations and responsibilities increased.  I am developmentally delayed, so my developmental growth has not kept up with these increases that are typically aligned with chronological age.  I also have sensory issues.  I have hyper and hypo responses to stimuli.

Life stresses take a toll on anyone, but if you have sensory integration problems, are not developmentally equipped to handle the ongoing onslaught of these life stresses, and are lacking proper support, your coping skills will only take you so far. A person can only take so much.  The stress builds over time.  The event that triggers meltdowns or shutdowns usually is not the underlying cause.  The triggering event is what took a person past their stress threshold.  If these stressful events are ongoing and inescapable, depression and anxiety levels are going to increase in a person and their social skills are going to suffer. 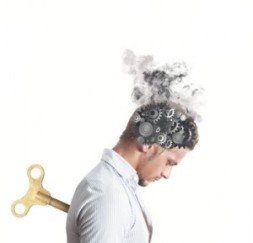 Image from “The Impact of Small Stresses in Daily Life” by Allan Schwartz, LCSW, Ph.D

The more stressful the environment an autistic person has to endure, the more  energy the person has to spend on dealing with the stressful environment, which means less energy to use coping skills, which leads to more and more difficulty handling social situations. If a person becomes so overwhelmed with everything, this person may end up having a meltdown, going into shutdown, trying to hide, pushing people away or lashing out for protection, or fleeing the environment all together.

My son is an eighth grader this year and my daughter is a ninth grader. Both are autistic and both struggle with depression in different forms.  My daughter also has Bipolar, so her depression is a mix of clinical and environmentally caused depression.  She also has considerable Separation Anxiety and anxiety associated with Autism and paranoia due to Juvenile Onset Bipolar “Fear of Harm” Phenotype.  My son, on the other hand, struggles greatly with different forms of anxiety (anxiety associated with Autism, Generalized Anxiety, Social Anxiety, Panic Disorder, and Agoraphobia).  His depression, as far as we can tell, is environmentally caused, but it could also be combined with clinical reasons.  This combination of conditions has made improving my children’s social skills with the outside world rather challenging.

It is hard to pin point what is actually causing the difficulty as to why my son can’t attend classes anymore. He attended public school up until Spring semester of his sixth grade year.  Is it his agoraphobia? His Social Anxiety? His Panic Disorder? His sensory issues?  Actually it is everything. He always had some difficulty in social settings, but could always function.  As he reached his adolescent years, it has become considerably difficult for my son to function well in any social setting away from home, such as a classroom or a grocery store, even though he can be quite social when he is in a comfortable setting where he feels safe.

I have always made a point of having my children learn by example. I grew up not knowing I was autistic.  I had to develop coping skills and social skills on my own, skills that weren’t necessarily healthy, and then relearn coping and social skills after my diagnosis.  I have often said that I am socially inept.  I want to be social, I crave to be around people, but I have a hard time knowing what to say and when to say it.  Pragmatics are difficult for me. I am also a natural mimic.  I can’t help it.  In my research, this seems to be a common trait among women and girls who have Autism.  All my life I would watch and observe people in a given social situation without really knowing that I was doing it and then mimic their voice inflections and mannerisms.  Unfortunately, I didn’t always get it correct and I would get stares from people.  I still do in fact.  This is what can happen when you grow up not knowing you have a social and communication disability and you are not taught social skills.

After my diagnosis, I learned about the importance of tone of voice. I learned about how you are supposed to change how you talk depending on the social situation you are in.  I have always had trouble with that skill in changing how I speak depending on where I am.  I learned about “Stop and Think”.  I learned about my sensory issues and how to manage them more appropriately while working with my children with their own sensory issues.  I learned about meltdowns and how to recognize the warning signs that a meltdown or shutdown was building so I could get myself to a safe place.  In learning these skills, I am better able to watch for signs in my own children and teach them the same warning signs.  I had been having meltdowns and shutdowns for years and never understood what was happening to me.  They got worse as I became an adult and a mother.  Prior to my diagnosis I thought I was losing my mind.

Learning about the warning signs of meltdowns and shutdowns, and well as sensory triggers, don’t sound like these skills would have anything to do with social skills, but they really do. My son’s and daughter’s social skills are much better when they feel safe and secure. They feel more comfortable expressing themselves if their environment fits their needs. 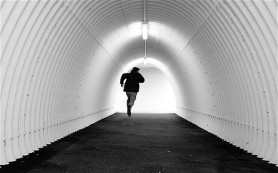 He didn’t want anyone to see him in that state, so he would hide in the bathroom and let the panic attack roll over him.  This took a tremendous toll on him and I would often get phone calls asking if he could go home.  He would tell me it was too much, all the people, the lights, the sound of the ventilation system, the noises through the walls, the noises in the classroom he was in, it was all just too much.  His system was overloaded, he could not talk, and all he wanted to do was hide in a ball under his covers.  The stress of the environment was too much for my son.  He could no longer function.  Trying to learn or use appropriate expected social skills in this type of ongoing onslaught is nearly if not totally impossible.

When an autistic child encounters this type of situation, where they can’t even function in a classroom due to the environment, an environment that can’t be changed, what social skills do you teach the child so they can be successful managing this particular challenge? This is a question that the special education department at my son’s middle school, and the head of the special education department of the school district that we live in, could not figure out.  I was told that they did not know how to help my son return to the classroom. This lead to the decision of him being pulled from school, a decision which was supported by his counselor.

My son is highly verbal and has been described as an intelligent boy with a gentle soul. His favorite scientist is Nikola Tesla.  He connects with him.  He is thinking about either being an author, teacher, engineer, chemist, a geologist, or a NASA scientist when he grows up.  He is fascinated by astronomy and physics.  Academically, his is considered gifted in Math and Reading and is advanced in Science, but he also has two writing disabilities. He is considerably impaired when it comes to social situations due to his anxiety and sensory issues.  He has communication problems when there are too many expectations placed on him at once or his anxiety overwhelms him.  How do you help a child like this when it comes to social skills?  How do you help him reach his goals when he can’t function in social settings outside of the home for long periods of time?

3 responses to “Social Skills and Depression”

The Story of a Family's Journey

The Art and Craft of Blogging

The latest news on WordPress.com and the WordPress community.